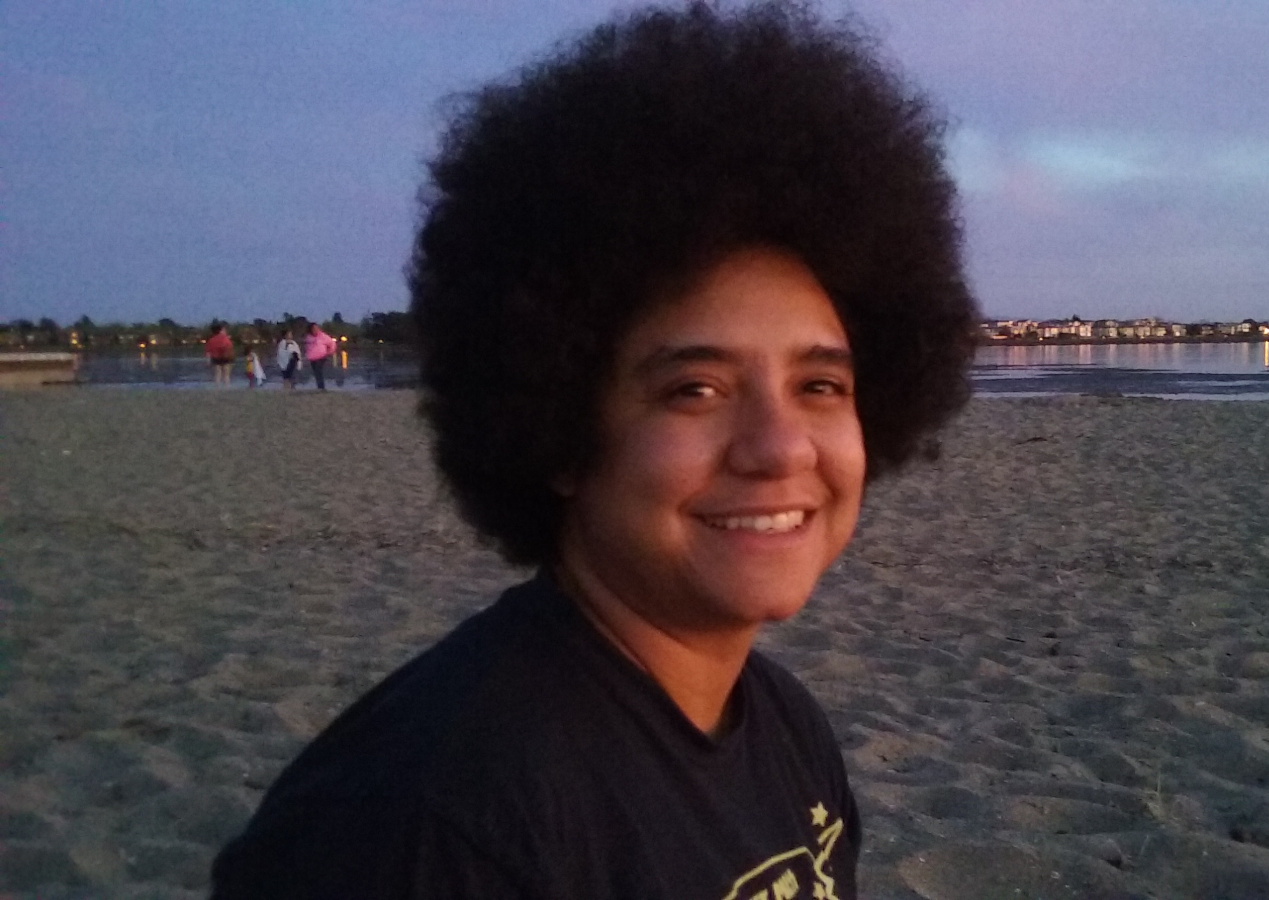 For many community organizations that work on social justice issues, just keeping the office computers running can be a challenge.

Jack Aponte, a genderqueer Afro-Boricua and self-described “technologist for movement(s),” remembers how in the mid-2000s, when they first began doing tech support for VOCAL New York — a group that organizes low-income people living with or affected by HIV/AIDS, the drug war and mass incarceration — staffers complained about problems with the “old, rickety computers.” Aponte took a look, blew dust out from insides, and, to everyone’s surprise, unearthed a bone they suspected a mouse had packed away in one of the machines.

“It was that basic,” Aponte said.

Today, Aponte still supports VOCAL-NY, via the tech consulting business that they helped found in 2010: Palante Technology Cooperative. Palante specializes in working with groups like VOCAL-NY — nonprofits whose priorities are to organize communities and who can’t spend much money on technology. For its clients, Palante builds websites, builds and manages databases that keep track of an organization’s members and donors, and provides technical support on all things IT, from hardware, to software to networks. Palante also helps their clients become familiar with and maintain their own systems, offering trainings in the form and format that make the most sense for the day-to-day needs and capacity of their clients.

The work is a far cry from what Aponte, who grew up in suburbs near Newark, New Jersey, expected they would do for a living. Although they “tinkered a lot with technology” as a kid, Aponte never pursued technology in school, partially because of sexism in the sciences.

“Being assigned female at birth or being identified with femaleness in technology is always a thing,” said Aponte. “I did English and Women’s Studies. I’ve had very little formal tech education. Almost all of my learning has been on the job.”

Aponte stumbled into the field shortly after graduating from college, when they took a job working for a foundation that was creating an online directory of community organizations in New York City.

“They were like, ‘Sure, that sounds awesome,’ but it wasn’t like that was a stated need from the community,” Aponte recalled. “They’d talk about needing their own website. Or their email isn’t working out right, or the computers are just so buggy and slow that they can’t get their work done.”

Aponte’s next job was working as a drop-in, traveling technologist for the Low Income Networking and Communications (LINC) project, which was run by the National Center for Law and Economic Justice. Aponte’s role was to travel around the country, providing tech services to welfare rights organizations.

“It was a program basically set up by folks who saw the same problem in nonprofit tech: People just didn’t have basic tech support,” said Aponte. “They couldn’t do any cool stuff on the Internet because their computers didn’t work in their offices, or they didn’t have trusted techies they could bring in who wouldn’t treat them like jerks or overcharge them.”

When that project ran out of money, Aponte, who now had a much clearer understanding of what kind of tech support nonprofits needed, reached out to the Rose & Sherle Wagner Foundation — which had financed the online directory project.

“I was like, ‘Hey. This is what I’ve learned: Organizations need this stuff, but in an ongoing way, and they can’t afford their own staff person,” Aponte said. “But they need someone who’s going to stick around.”

“I figured that if I worked with all three of them at the same time, I could meet their needs better,” Aponte said.

Aponte’s pitch won them $10,000 in seed money to work with the Audre Lorde Project (ALP), a LGBT center for community organizing; Families United for Racial and Economic Equality (FUREE), a Brooklyn-based group; and VOCAL-NY. Aponte had already been and volunteering for ALP, and they knew the other groups from activist connections.

The next year was “intense but also great,” they recalled. “I was working all by myself, trying to do their tech support, databases and websites, and training through all of it. But it did help community organizations help each other. They were sharing a techie, so that means what I learned at ALP, I could apply at FUREE. What I learned at FUREE, I could apply at VOCAL.”

By the time the seed money had dried up, Aponte had found additional clients, including other groups with whom they did activist work.

“I picked up stuff here and there and was able to put a bit of a living together for myself, but I found that it was hard to do it consistently,” they said. “It’s very hard to be a freelancer and always pay your bills, hard to get out of debt and also just hard to work alone. It was also not great for the organizations.”

Then, Aponte’s father fell ill and passed away.

Aponte reached out to another freelancer in New York City who was doing comparable work, and Palante Technology Cooperative was born. Today, it has expanded to five worker-owners — all of whom have equal say in management and receive an equal share of the profits or losses, and two workers on the path to worker-ownership, a process that usually happens within a year of joining. In a field that is overwhelming homogenous and straight, male, white and sometimes Asian, Palante’s worker-owners are notably majority queer, women, trans and nonbinary, and people of color.

“The candidates who work best for Palante are often self-taught,” Aponte said. “They had time to mess around in technology. They didn’t go to school for tech and don’t need to, therefore, get a very high-paying job. They’ve often been involved in community organizing or activism, or something like that.”

The fact that Black and Latino people are “extremely underrepresented in tech,” Aponte said, “tears at my soul all the time.” Code academies, they added, could go a long way in desegregating the tech industry and improving accessibility for Black and Latino communities — but many of these privately-run programs purport to be free and aren’t. And most don’t teach open source programs, Aponte said.

“If there was a code school that did not groom you for a job at Google or Facebook, if it wasn’t directed towards that corporate world…” Aponte mulled. “If it was done in all these different ways, then I could see it really helping, but the way they’re done now, I don’t know.”

Funders could help change that, said Aponte, and also invest in the development of more worker-run cooperatives, like Palante.

“I think tech support works better as a worker-owned cooperative than as a non-profit,” Aponte said of the cooperative structure. “Funders can ensure those worker cooperatives happen in communities that need employment opportunities the most.”

Indeed, the need for Palante’s services only seems to grow, and Palante continues to work with many of Aponte’s first clients. Over the last ten years, Aponte said, they’ve seen “significant improvements” in how nonprofits are relating to technology on a daily basis. Before, Aponte recalled, a broken computer could cause a crisis at a nonprofit and deplete the budget.

Now, Aponte said, “I think that they realized they have to plan ahead for it. Before, it was more thinking like, ‘Fix the things now.’ Then, over time we were like, ‘Okay, you know we have to maintain the things.’ Then it became more of, ‘All right. We’re going to budget for this a little. Let’s base it on what it cost last year.’”

Said Aponte: “Corporations and offices have these managed service providers who are basically their IT or tech support people who take care of everything for them and monitor everything. It’s a monthly fee. Everything’s included. At Palante we kind of identified, over the years, ‘Let’s do what those corporations are getting from that reliable, ongoing support and service. Let’s do it in a way that nonprofits can afford and rely on and trust.’ We applied our sliding scales that we give to organizations, based on their organizational budget size, to plans that would basically be an ongoing monthly fee.”

The managed services plans have “really caught on,” they said.

Another change in the last decade, Aponte noted, is that many of their nonprofit clients are now interested in open source software. When they first began consulting, Aponte said, it was “a hard sell” to get a nonprofit to choose an open source program over a proprietary one. But these days, they said, “people have been burned by corporations. People are also very aware of stuff right now about surveillance, privacy and data ownership.”

As a result, Aponte said, many are now willing to support an open source project — even if it comes at a higher price and requires some training and regular upkeep to use.

Recently, they said, Palante was working with longtime client, ALP, on building a new website. Aponte suggested to them that they consider using Backdrop — a much newer open source CMS (content management system) than Drupal 6, which Palante had used to build their old website.

“They looked at it and were willing to take a little bit of a gamble getting their site built with it,” Aponte said.

Then, they added, “we got to this point in the project where we’re talking about the social media sharing buttons on their site — these little buttons you could click to easily share the post. Most of those buttons are a kind of spyware. They have trackers from Facebook, Twitter, ShareThis, AddThis, whatever the service is that have the number of times it’s been shared. If you see one of those, it means that all of those companies and all of their advertisers are collecting data about who is going to your site, even if they don’t click ‘share.’ It allows these advertisers to gather a lot of info, and whether it’s that you don’t want them knowing that info about your constituency, or you just disagree with that kind of use of data for profit, organizations don’t necessarily want that anymore.”

So, Aponte laid out the options to ALP: “We can use the corporate thing, and it will take half an hour. We can use something that’s a little less corporate, but isn’t really meant for Backdrop, so we’ll kind of just to have work it in. That might take one to two hours. Or — and we really don’t expect you to do this — we can take the module and port from Drupal, where it was built for, to Backdrop, so that the Backdrop community can now use this open-source module that doesn’t have any of that spyware in it. That’ll take three or four hours.”

ALP, to Aponte’s surprise, was most interested in the last option.

“I think they’re beginning to think larger in the way that I think lots of open-source software folks have been invested in for a while,” Aponte said. “For a long time it was hard to communicate the value of open-source to people outside of the techie world. But I think now as technology advances and people see how insidious technology can be, people are thinking more about what it means to use different pieces of technology — and what it means to do mutual support.

When ALP said that they might port that module, it was cool to be able to tell them, ‘That’s great, because another client of ours is paying us to port this other module that we’re going to use on the ALP site.’ Now not only can ALP and this one organization support each other directly, but then it’ll also be free for anyone else to use.”

Aponte laughed. “It’s pretty sweet to see this stuff coalescing when, in the earlier days of my career, it was just trying to get the mouse bone out of the computer and things like that.”