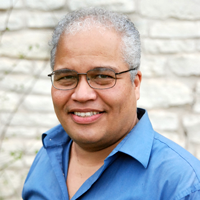 Immediately after the election of Donald Trump, movement technologist, Josue Guillen, was overwhelmed with inquiries from social justice organizers and activist groups suddenly worried about their digital security. Digital security — the protection of an individual’s or organization’s identity, communications and assets via Internet, electronic or cell phone technologies — had been a concern to Josue for the last 14 years, but it was largely ignored outside of activist techie circles. After the presidential election, more progressive groups and activists became concerned about government surveillance, right-wing cyberattacks and doxxing. Josue was jazzed. His role at the Center for Popular Democracy is to provide technical support and training to its 51 member groups, so he recruited an expert and put together a webinar on digital security. He wrote a list of recommendations: Use the free, downloadable encryption app, Signal, for sending text messages. Change your phone password. Change your computer password.

On paper, he said, it looked “beautiful.” If both the sender and the receiver of a text message used Signal, then the unencrypted contents of the message would be stored only on the phones of the sender and receiver — not by the sender’s and receiver’s phone companies, who legally are obligated to turn over, when asked, any information to law enforcement. But changing habits wasn’t as simple as Josue imagined it would be. One problem was that iPhone users were unable to set Signal as their default text messaging app.

“What that has meant is that the people using iPhones stop using the Signal app, because they don’t even notice that when they get a notification on their phone of an SMS message it wasn’t Signal, it was the default iPhone app — and then they continue the conversation without Signal,” he explained. “Then a good chunk of the organization that had everyone on Signal don’t notice that half of those messages aren’t being encrypted properly. Then people get depressed about that, give up completely and stop using it altogether.”

Half a year later, most of the groups who contacted Josue have not implemented the recommended changes.

But the real problem, he added, is that social justice movements do not own, control or invest in the technologies they rely on.

“I think that not embracing open source technology is such a mistake for movement work,” Josue said. “The dependency on proprietary software, not building our own technology shop and only working with these credentialed people that have a profit motive — and not a movement motive — is a huge mistake. We need to be building our own tools. We need to be building our own infrastructure. We are not investing enough money in that. We are not experimenting enough. We throw away so much money by spending it on proprietary tools when we should be investing it in movement infrastructure.”

For nearly three decades, Josue has been helping progressive groups adapt and create technology for its needs. Josue was born and raised in New York City by immigrants from Colombia and the Dominican Republic. At the prestigious Hunter College High School, Josue’s teachers “spent six years drilling it into our heads that we were going to be judged only by how smart we were,” he recalled. But during his first week at Wesleyan University, Josue was harassed on campus by two different white men who insisted that he was there “because of affirmative action.” Despite these encounters, Josue did well academically and planned to pursue a law degree. The year was 1985, and although he had never taken a computer class, Josue was one of two people in his dorm who had a computer and felt comfortable taking it apart.

“I was someone who could spend 12 hours playing a video game without getting up,” he said. “Technology has always been something that I’ve never been afraid of.”

One summer, Josue heard about a summer training program in California for people of color. He applied.

“I decided that it would look great on my law school application,” Josue recalled. He ended up in Oakland, at a six-week organizer training led by the Center for Third World Organizing. On the third night, Josue wrote in his journal: “I think I’ve discovered what I want to do for the rest of my life and it’s blowing my mind.”

Law school plans abandoned, Josue spent the next decade working as an organizer for labor unions and community groups before switching over to technology work. His path as a movement techie came into clear focus when he took a job with Media Jumpstart, a New York-based technology collective that later changed its name to MayFirst/PeopleLink. Today, MayFirst/PeopleLink runs servers to provide secure web hosting for activist sites and provides all-around technical support for movement groups. Jamie McCelland, a collective member and technologist there, taught Josue many of the skills he uses today.

“It was amazing, and mutually beneficial,” Josue remembered. He was able to apply his organizing experiences to his new focus: designing organizer-friendly databases.

“The big challenge is how to make it easier to collect the data,” Josue said. “I have an old mentor who believes that 75 percent of the data that gets collected never makes it into a database. It stays in the head of that organizer, and then that organizer leaves, and the organization loses all that information. Even today, if I’m knocking on someone’s door, it is still easier for me to use a clipboard and write the information down than it is to try to depend on an app on my phone when I hit a dead spot and can’t connect to the database, so I have to have paper backup.”

To address some of those issues, Josue worked with Progressive Technology Project, a group based in Austin, Texas, to develop PowerBase — an open source, online database designed specifically for membership-based organizations. One group that used PowerBase is the New York-based organization, Domestic Workers United (DWU). Josue helped DWU to create a database that would, among other things, track which members were eligible to vote at meetings.

“It makes a huge difference to build a database for a group that’s doing organizing if we understand organizing,” Josue said. “What are the fields that you need? What is the workflow? Where does the data get lost from knocking on someone’s door to getting back into the office and putting it into the database? We could talk about that because I’ve knocked on as many doors than anyone I know.”

However, large corporations with ubiquitous technological interfaces often come out ahead of open source alternatives, even in social justice circles.

These days, Josue said, after four years building PowerBase, he is often forced to work instead with Salesforce — a mainstream CRM (customer relationship management) platform — because it is well-known, and member groups use it.

“Salesforce is a multi-million dollar international organization that has the ugliest interface I have ever seen, reports that are terrible — and yet people assume that because they have so much money these are problems that clearly can’t be fixed,” he said. “But, when I was working on PowerBase, most of the feedback that the world at large gave was, ‘Oh, it has a terrible interface and the reports aren’t great’ — and that’s a fault of open source.”

Currently, Josue lamented, PowerBase developers don’t have funds to improve the database so that it would be able to compete with Salesforce.

“The nonprofit running that project is severely under resourced, and this is the perfect opportunity for them to actually get a huge grant to rethink this project, given what they’ve learned in the last seven years, and to transition all those groups over to a new database that is written from the ground up,” Josue said.

However, progressive funders and organizations don’t have a history of investing in technological ventures, Josue noted: “It’s a lot safer to spend money on a Salesforce database, and spend $100,000 on a Salesforce developer, as opposed to investing that money in a movement oriented technology shop, or in an open source database project that will make the improvements available to anyone who wants to use it.”

But, he added, that’s precisely what would be smarter in the long run.

“We need to prepare people to be able to enter into the field of movement technology,” Josue said. “We need to create environments so that women of color can thrive in the technology field. We don’t think big enough, and partly because we don’t have the resources that allow us to experiment at a big scale, think big and fail big and keep going. It’s really hard to take the risks to develop tools for movement building. The pressure to succeed from the beginning or never get funding again is just overwhelming.”