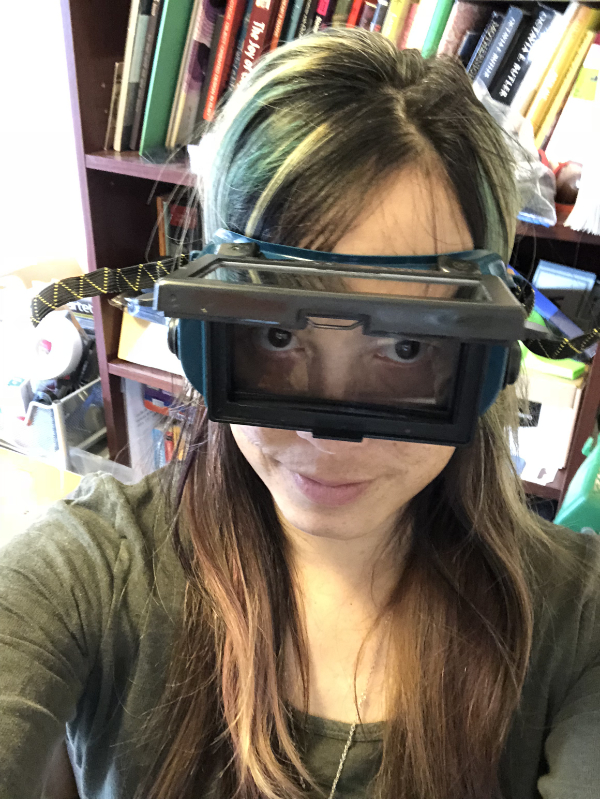 LOL — or, Liberating Ourselves Locally — is the only people-of-color-led, gender-diverse, queer and trans inclusive hacker/ maker space anywhere.

“At least we’re the only group that calls ourselves that,” said Jen-Mei Wu, a social justice-minded engineer who lives in Oakland, California. She was the one who, in 2011, put out the original call for a “people of color-led maker space in Oakland.”

On any given evening, LOL’s storefront might offer a “Hack, Learn and Share” gathering or a soap-making workshop, screen post-apocalyptic themed movies, provide practice space for emerging queer and trans stand-up comedians, or serve as meeting space for neighborhood racial justice activists. For a while, a local barber gave low-cost buzz cut fades in one corner of the shop. Recently, LOL hosted a three-day Dalit History Month Community Technology Weekend to bring together activists, software engineers, artists, and technologists “to develop solutions that improve and further the cause of Dalit self-respect.”

The eclectic mix that makes up LOL’s programming reflects ebbs and flows of Bay Area activist priorities, but they also reveal some of Wu’s political and professional connections. Born to Chinese immigrants who worked as computer programmers in Michigan, Wu and her sister became familiar with coding when they were young and were encouraged to pursue careers in technology.

“Ironically, both of us dropped out of Engineering programs in college,” she said.

Wu studied English instead and got involved in economic justice activism. She hoped to make a living as a journalist or graphic designer. But such jobs were scarce, and after school, after working at a couple of software companies, Wu “accidentally” fell into providing tech services for the Service Employees International Union (SEIU) instead.

“I had just quit a corporate job and was trying to figure out what to do with my life,” she recalled. “A friend told me that a labor union was having an emergency and asked if I could help out. At first, I was volunteering; They said, ‘We need this on a regular basis.’ That’s how consulting started.”

For nearly a decade, Wu worked as an independent contractor and eventually ran a business providing IT, telecom and software development services for government and corporate clients as well as for nine SEIU union offices and several nonprofits. During that time, she watched many staff organizers burn out after a few years on the job.

“I noticed this pattern where the union had so many people that wanted to work for them, it was really easy for them to say, ‘Just work as hard as you can, we really have to get this done, all these people are counting on you,’” said Wu. “You have a lot of people who put in a lot of hours; They themselves are not being taken care of. I saw the difference between how non-profit workers and volunteers were treated versus government and corporate workers. In a lot of cases, the corporate and government workers had much more sustainable situations.”

Her observations led her to come up with her own rules for treating her employees fairly. Trying to make nonprofit work sustainable — even as a tech consultant — was definitely fighting the current in an environment where free and underpaid labor was taken for granted, she said.

After years of working as an independent consultant for unions and nonprofits, Wu — who is now a software engineer for the online crowdfunding platform, Indiegogo — decided that it would be more sustainable for her to work in the private sector and devote off-hours to unpaid political projects. In 2010, Wu began meeting with fellow activist-minded techies, cultural workers and community organizers that she had met while defending affordable housing in Oakland’s Chinatown. Together, they wondered if a community space that existed outside of nonprofit or business models could lead to new kinds of activist and community projects. That question led to the experiment that today is LOL — which is generally broke and largely funded by donations from the people who use and run the storefront.

Wu is currently dreaming up ways to finance truly free coding camps for long-term, Oakland residents — particularly those who are Black, Indigenous, and Latinx. Investment in such spaces could, over time, slowly change the demographics of the majority-white and male open source programming world, which largely rely on volunteer or underpaid labor, she said.

The main goal of LOL, said Wu, is to empower Oaklanders with skills from the past and present that lead to greater self-sufficiency. Right now, she added, few people know how to make most of the things we use every day — whether it’s an app, or a t-shirt — from scratch.

“People used to be able to make shirts at home, right?” she mulled. “You could spin the cotton and the wool, and dye it yourself. We are so far from that. Many items that you get, you have no idea who worked on this, how they were treated, and so on.

It’s ironic, she added: “A lot of people who have the skills to do things completely from scratch are the people who are not generally associated with the ‘maker’ community.”

LOL, Wu said, also hopes to turn hipster “maker” culture on its head by offering space, skills and support to low-income Oakland residents who had difficulty finding employment — like undocumented migrants or people coming home from prison — who could benefit from selling their wares in the store.

“‘Making’ is a re-branding of stuff that people have been doing since the dawn of humanity,” she said. “A lot of people who are ‘rediscovering’ things like fermentation or knitting are now selling things on Etsy, and they’re actually making a pretty good living. Yet, other people who have these skills, and haven’t had to ‘rediscover’ them — because they’re just part of their lives — are making way less money. We wanted to close that gap. We want to provide a space where people could start their own business, or learn about technologies for selling their own designs and work to a larger population. This is the big dream.”