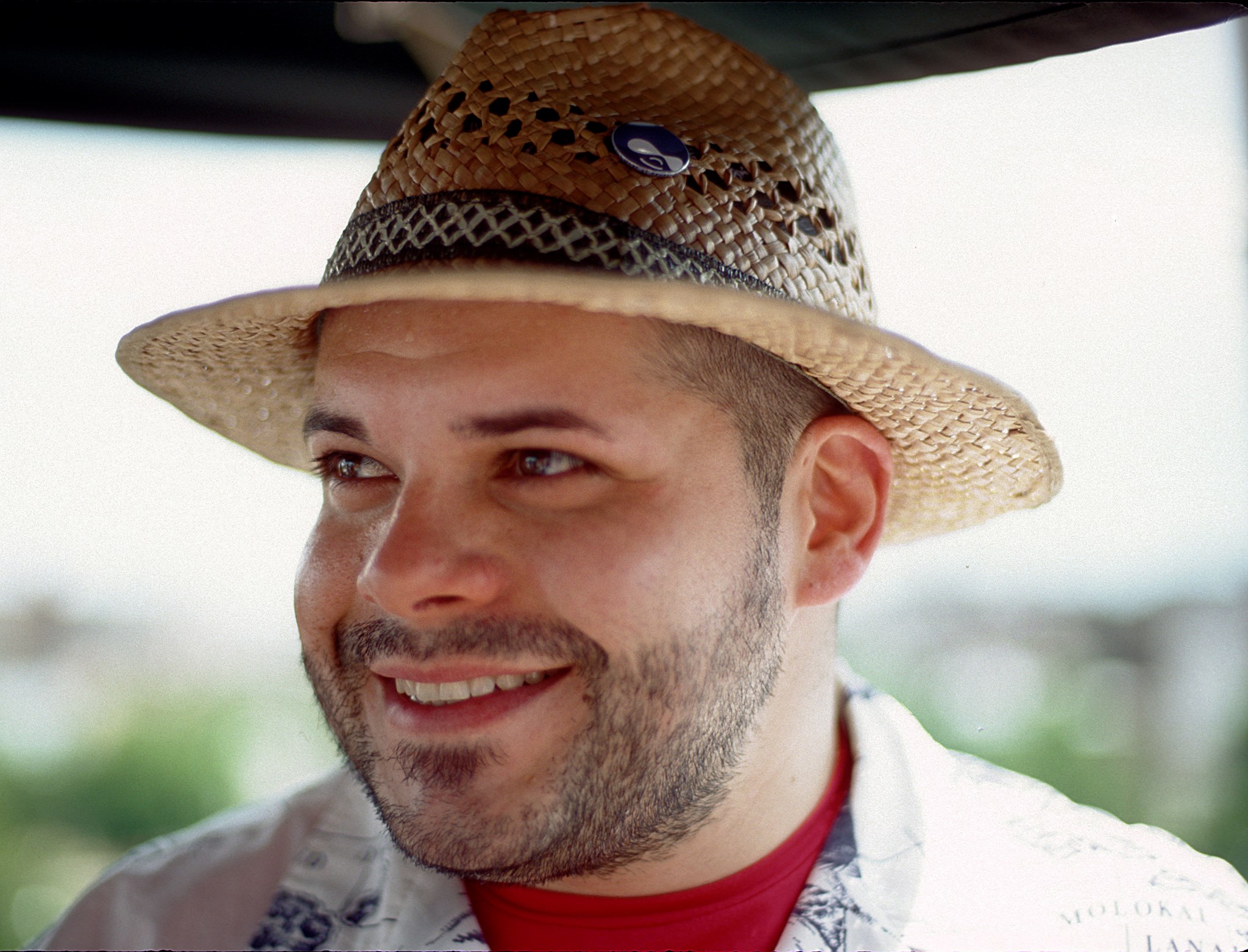 When Noel Hidalgo looks at data, he sees opportunities to correct injustice. During the last five years, Noel — a largely self-taught programmer, information technologist and proponent of open data — has taken on an ambitious task.

“I set on a path to understand how the New York City government can improve its operations,” he said. “People should have access to government information to help make decisions and hold government accountable.”

Today, Noel is Executive Director of BetaNYC, a nonprofit organization that works with government agencies, neighborhood groups, technologists and planners to collect, share, analyze and apply findings from datasets on daily-life issues ranging from noise complaints to the rates of water use for trees in public spaces. In its several years of existence, the group has proposed dozens of open data recommendations — fourteen of which have since been implemented into state laws.

BetaNYC began in as a meet-up called the “Open NY Forum,” convened by a doctoral student, Hailey Cooperrider.

“It was just a bunch of friends hanging out, talking about open government, and it just gave us an excuse to meet,” Noel recalled. In early 2013, the group drafted a policy plan titled, “The People’s Roadmap to a Digital NYC.” The Roadmap was the result of several years worth of listening sessions, public forums, community events and workshops held in all five boroughs, Noel said. It was a response to three previous Digital Roadmaps authored by then-Mayor Bloomberg’s administration. Although the city boasted some forward-thinking digital accessibility and freedom-of-information laws, the People’s Roadmap found that it fell short of being truly comprehensive.

At the time, Noel was working as a program manager for Code for America. He helped to develop its Brigade program, which deploys volunteer technologists to come up with open-source technology solutions to address community problems. Code for America Brigades have developed apps that allow parents to locate their children’s school buses in real time, Floridians to track proposed legislation, and data visualization tools to keep Louisville judges updated on the changing number of prisoners in local jails, for example.

In 2013, New York state governor, Andrew Cuomo, launched an open data portal and initiative that was directly influenced by the People’s Roadmap authored by Noel’s meetup group. He even used the group’s name, “Open NY.” To avoid confusion, Open NY changed its name to BetaNYC.

In 2015, Noel was awarded a fellowship with the New York-based think tank, Data and Society Research Institute. As he recruited more people to build out BetaNYC, the city began hiring the group to host “data jams” — convenings of regional planners, technologists and residents to analyze open data. BetaNYC developed curriculum for its public workshops and trainings to teach people of all walks in life to learn about and use open data. BetaNYC has worked with the Parks Department and currently with New York City’s community boards — neighborhood-level decision-makers who deal with land use, zoning, licensing and budgeting issues. Much of the work is educational and design-oriented, Noel said.

Noel’s interests in technology and current events were cultivated early in his life. As the son of Puerto Ricans who relocated to Dayton, Ohio, he remembers watching on television the fall of the Berlin Wall and the Tiananmen massacre.

“My father was like, ‘You have to study the news,’” Noel said. “So we would sit as a family, and we would watch the nightly news together in the evening, tune into CNN and watch the last gasps of the 20th century devolve and the beginning of the 21st century evolve.”

There weren’t computer classes beyond typing in Noel’s schools, but his father was an early adopter of technology and brought home a Macintosh computer in 1984. Noel read up about BBS networks and modems.

“I got to see the inner parts of computers and understand what they were,” he said. He attended ham radio conventions held by Air Force veterans, accessing a mentorship that he characterized as “a blend between survivalism and technology.”

As a result, by the time Noel failed out of American University, he was proficient in computer networking (also from playing Doom with his friends) and managing websites.

“I called up the Internet service provider that I had been purchasing service from, and I was like, ‘I see that you’re looking for someone to do Macintosh Help Desk. I’ve taught myself that,’” he said. He landed a job with them and stayed for two years, leaving for another Mac tech support position at the RAND Corporation. He picked up additional skills in systems and network administration.

“I said, ‘Fuck this, I need to do something political,’” Noel remembered. He volunteered for John Kerry’s presidential campaign. He said, “That’s when I started to figure out what it’s like to meld politics, policy and technology together.”

Noel’s work phone-banking at the Kerry campaign office led to a job in technical support for the Democratic National Convention, and then later at the New York state senate.

“Democrats didn’t have hardware,” Noel recalled of the his time at the state senate. “Republicans had one computer per employee. Democrats had three employees per computer. They monitored every single telephone number that you called and would charge you. It was this weird world where the government that is supposed to be addressing people’s problems was very under-resourced, not using cutting edge technology. There was no focus on capacity-building. Whether it was on the electoral side, the campaign side, or the policy side, nobody was ever focused on teaching new tools and adopting new processes.”

Noel’s post at the state senate was as “uber-technologist,” he said.

“My job was essentially to do all type of technology support,” he explained. “My responsibility was to provide frontline support for the hardware that I had to build. State senators would take campaign funds and earmark that for computer equipment. I would salvage boxes and monitors from non-profit lists in the city. Then, I would install either Ubuntu, or a cracked version of Windows, and install either OpenOffice or a cracked version of Office. Then I’d provide tech support on a parallel network that was running in the state senate’s infrastructure.”

Years later, after an extended backpacking trip around the world, Noel returned to work at the state senate. By then, he was heavily involved in the open source programming community and had founded NYC’s Drupal community. When, after two years, the senate returned to Republican hands and Noel’s job ended, other strands of Noel’s work and life began coming together.

“Open data, open government, and open source; everything was converging,” he said.

A colleague had recruited Noel to be part of a “transparency working group” of the organization, Reinvent Albany. Reinvent Albany bills itself as a nonprofit “funded by individuals and foundations from across the political spectrum, interested in the power of the Internet to make our state government more responsive, open and effective.”

“The transparency working group became a coalition of good government groups that would eventually end up fighting for the city’s open data law and pass the city’s open data law,” said Noel. To Noel, “good government” is one that is responsive to people. Examples he cited of good government in action include the development of bicycle lanes in New York City that “encourage drivers to pay attention that there’s gonna be cyclists, and that they have to share the road with people,” and offering universal pre-Kindergarten that ”leverages child care centers and daycare centers that are currently providing services” and targets populations who have historically been neglected.

“There was an opportunity for shaping policy direction and making government work for more people and to address certain levels of injustice,” he said.

Noel was by then working for Code for America. Hack nights that he hosted provided the space for community conversations that would become the People’s Roadmap to a Digital New York City.

“That became the foundation of the work that I’ve been doing over the past few years,” Noel said. “Looking specifically at how to get more participation and more effective government, or how to integrate solutions into government operations that make government more responsive to people’s demands. How do you deal with the digital divide? How do you engender human-centered design practices within government, when really people are just told to keep the lights on and do the same type of service provision that you’ve been doing for the last twenty years?”

BetaNYC has been working with borough president’s offices to help community boards integrate digital technology into their workings.

“So we want to improve that system and provide 21st-century tools and opportunities,” said Noel. “This is a form of democracy that is supposed to be people-powered, and I want to ensure that.”

“We have this tool that we’re launching called Board Stat, which is a dashboard that helps bring transparency to 311 calls,” he said. “Right now, 311 calls go to the agency, and community boards don’t have reports of the service requests. Now, community boards will have a dashboard where they can see in aggregate the types of 311 calls that agencies are responding to. They’ll see top 10 service conditions, top 20 descriptors. They’re gonna see location and addresses that are susceptible to 311 calls — and this cuts across a number of different ways. Where are noise complaints coming from? Where are flooded streets? Where are heat and hot water complaints coming from? We’re now trying to think through, okay, now that we’ve been advocating for this data to be useful, how do we use it?”

There are fifty-nine community boards, Noel added, and in turn, “fifty-nine different practices.” Ideally, he said, BetaNYC could dig through the workflows of community boards to identify ways that they’re already using information and data to make decisions.

“We would try to bring some type of normalization to different types of data practices and come up with curriculum or best practices of like, ‘This is the type of data that you should be looking at, here’s how you use that data to address this particular question,’” he said.

“We need to pull the curtain back, set up the process to start demystifying all of this and find resources to do this work,” Noel said. “I think that people are clearly identifying a huge literacy gap. We’re still dealing with a huge digital divide in regards to government information being produced in a structured manner. The question is: How do we bridge that divide? Some of us are fortunate enough to live in cities where there is some good, structured data. How do we really move that forward? How do we build literacy on top of that?”